china csgo is so weak

china csgo scene is 10x bigger than val, but their csgo teams are so weak, got stomped in major everytime, sometimes can't even get into the major. what makes them look stronger in val? is the low skill celling? 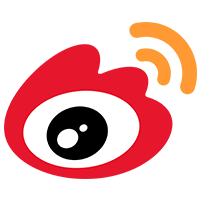 Val≠CS stop comparing, being bad at one game doesn't mean u can't be good at others

The game just suits them more, the concept between Val and CS is the same but it's 2 completely different games, that and they've had constant practice against PRX DRX and Zeta, that's a massive advantage

I know, but this is true.

common sense. why would u like sushi if u haven't tasted it yet.

Valve don't even care about any circuit or any of that shit . The only thing they care about is New Cases . If they really cared they would've done what RIOT did in APAC as a whole . Also your "Major" only consists of EU and BR teams anyway . At this point the game is only popular there . Also valorant is not even out there yet so its not a comparison .

I'm curious how do you conclude China csgo scene is 10x bigger than Val? when it has no more than 3 pro teams meanwhile Val got more than 8 at least

There are already more chinese teams in VAL rn and the game isnt even out yet . Never had this much in csgo . Also I see a bunch of indian Teams . Never saw them while i played csgo. RIOT just have a better structure for pros.

douyutv, the biggest stream site in china, right at this point the comparison between cs and val:

If he says playerbase is 10x than Val, I would agree.
But player base is not equal to the pro scene, they are related but still different . CN Cs pro scene is half dead now, no org wants to pay those match-fixer

btw the stats provided by Chinese stream site is not reliable, they don't reveal the real viewership

Ppl don't understand that Asians just like and thrive in games with abilities. Also valorant is not cs. And it seem like all of the asian scenes are way more develop and into valorant than cs. Its really quite that simple. When u have investment snd growth in an esports scene u Perform better.

Not really everyone loved csgo in SEA before valorant . Its just that the pros who are now in VAL never got the proper circuit like in VAL / Chance to qualify at a higher stage . Valve only cared about EU at that time . Benkai for example was really good at cs. There were so many good thai/indo pros too. It was even popular a lot in India but then again lacked a proper circuit / route like val. SO when val released everyone switched.

f0rsaken had a good rating during his time in cs, but never got to play internationally . exposure to international tournaments like what riot is doing will do wonders to a scene.

what do you mean? he won ESEA https://www.hltv.org/matches/2313623/aerowolf-vs-mineski-esea-open-season-25-asia-pacific

Did he play outside asia?

Its a indonesia vs Phillipines game. Technically it is an international game but its from the same region.

damn throwback when Indonesia dominated the scene with Recca and aerowolf

I miss them a lot and the csgo days as well. But right now what we have is definitely better than before .

I mean
China did qualify for Majors in CSGO
And PRX, Zeta have already proven you dont need to be T1 in CS to be T1 in Valorant

tyloo were decent with bntet but they haven't become relevant

definitely not, crossfire has always dominate asia and china in particular.

Playerbase maybe CF still higher, when they do hit 1M+ in concurrent while CS if you based on three PW servers the recent peak was 177k in december 2020
China scene only also CF. Well CN CF is a Franchise league with $1.5M Entry Fee that bundles a Mobile league and HD league spot together for 1-time buy, that would say a lot
Streaming wise CS has surpass CF

Its a sensible reason for CNVAL that they would be compared by CN netizens with CF instead of CS
much like how in Korea it was Sudden Attack.

cs is bigger than crossfire in china