FaZe vs 100T: Facts and Analysis

I took a look at 100T vs Faze, the storylines going in, and the match outcome

LAST MEETINGS AND ROSTER CHANGES
-Both these teams squared off fairly recently, in the second lower bracket round of playoffs. In their last meeting, FaZe won 2-1
-FaZe would go on to place 3rd in playoffs. 100T would exit in 5th
-Both teams have not made any roster moves

HIGHLIGHT HEAD TO HEADS
-Bang vs Supamen: In their last matchup, Bang went 7-6 against supamen. This time around, supamen went 8-7 against bang
-Babybay vs Will: In their previous meeting, will edged out Babybay, going 12-11 against him. In their rematch, Babybay pulled ahead, going 13-10

THE MAPS, THE ROUNDS, THE FRAGS
-In terms of winrate, Haven is 100T's worst map with 29% (with this roster)
-100T won 4 of the 6 pistols
-supamen and flyuh led the server in 2ks, with 11
-babybay led the server in 3ks and 4ks, with 5 and 4 respectively
-Derrek had the most 1v1 clutches, with 7
-Everybody except for Dicey played exactly 2 agents, Dicey only played Chamber

ADDITIONAL STATS
-Dicey continues his streak of positive series
-Will had a very rough attack half, only getting 8 kills on attack through all 3 maps
-Throughout the series, Dicey went 16-1 in op duels
-Will also went 0-7 on openers on attack, with all 7 deaths being to Dicey
-Babybay had the defensive performance of a lifetime on ascent, putting up a 20/2 KD, 313 ADR, and 505 ACS
-For reference, babybay had more kills the second half of ascent (20) than all of 100T combined (16)

LOOKING AHEAD
-100T will play Sentinels in the lower bracket next week. This is the first time the teams have met in nearly a year
-FaZe will play Guard in the upper bracket final. The two teams have only played once, in the Upper Ro32 in January
-100T will need to win 4 consecutive matches to make champions
-FaZe will need to win at least 2 consecutive matches to make champions

The only facts and analysis you need is that Vitality won’t make Franchising.

Vitality is basically confirmed plus they more popular.

the fact is that they will make it 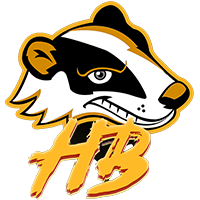