Not bait as I'm not from na or eu. Zellsis and dapr seem like they could be put on a tier 1 team rn and do well, tenz and shroud just aren't good enough right now. Shazam its hard to say since you don't know how much hes doing as a igl, but nothing I've seen from him gives me confidence

True but that's kinda the problem right? You can't send someone that inconsistent to the top level where the competition are awake every game

i love tenz but the last time we saw him have a good game was LG, he’s had 5 games since then and has been having these performances, i want to see something soon 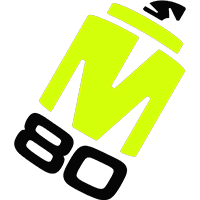 how the hell he's tier 1 and also the most inconsistent? you have to pick one.

if he pops off he literally can make miracles happen but atm he's just so inconsistent. I feel like i rather have a solid consistent player.

TenZ can be really inconsistent but he's still a tier 1 player.
Shahz used to be known as a fragging IGL, he's fallen off in both regards
Shroud as much as I love him isn't tier 1 valo pro, granted he's fresh out of retirement but he's shown some flashes.

But I agree Zellsis and Dapr are easily solid tier 1 players, and the former was insane on V1

To note this is shrouds first competitive game in more than 4 YEARS!
also TenZ is super inconsistent :/