Fuck it, Sentinals roster you bitches 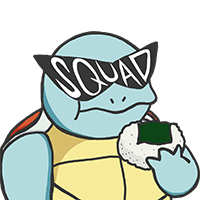 Lets discuss.
(1) - Why are we dropping Shaz? Why Zander?
Idk, Val likes dropping IGlLs and Zander is one of (if not he best) fragging IGL's in NA. He's great.
(2) - Why are we dropping Sick and not Kanpeki?
Valorant's competitive scene is very much heading towards a kay/o staple, and Kan on that Kay/o is better than a Sick on the Kay/o, plain and simple.
(3) - Why are we adding Sinatraa back?
To play what he's extremely comfortable on: Raze and Sova. Simple.
(4) - What would the common roster look like?

(4 pt2) Why these roles?
Tenz - Mechanically the best player in the world. Him on Jett on some maps is fine, but others would benefit more with him on a chamber (Like Bind or Icebox)
Sinatraa - He's a better Raze than Tenz, he's a better Sova than Shaz. Many, many teams are going to a frag heavy combo of Raze and Chamber and this allows Sen to follow.
Kanpeki - Kan is a very good Kay/o. Breeze, Icebox, Ascent, Haven and Fracture are all converting a little to a Kay/o and he's better at that role than Sick.
Dapr - Proven, good Sentinal player. Nothing much to say bout him.
Zander - The new IGL. Great aim. Great game sense. And i feel he will fit well on Sen. With a much more Chamber, no duelist comps and Chamber+Raze comps, he fits in much better to help those succeed.

Sick - He's great as a flex. He deserves to be on a T1 level. He's just not what a Sentinals team needs right now. They very well could get rid of Kanpeki instead, but i think kan fits in the role better.
Shaz - He's not off the team cause its better for the team, he's off cause he's not in the role he should be in. Shaz should be what Boostio is, and that can't happen on Sen. Shaz should be an oper. Shaz is still a T1 igl, he's just not in a position currently to succeed.

So thats another Sen roster change, but its the Wronghand take, so ya know its gonna be good. I think Sen can finally succeed with these changes, and I think they should do it in before the Faze game. Getting Sinatraa back into gear and getting Zander incorporated will need some real games to work out. This is how Sen returns to their former glory.

To end, I would like to say i'm not a sentinels fan. I like Team Vietnam! I cheer equally for FaZe and 100T ATM. I just genuinely think this is the best way to unlock Sen's real potential in all of the pieces they currently own. And I know this post has been made by 600 others, but i try, ok? Thanks.

Fuck the formatting shat itself.

why would they drop sick wtf

to give him better future...every org tries to keep/give their players best right

While I don’t personally agree, I am a big fan of how you actually had reasons for your choices and didn’t just call players bad or washed. Was a fun read!

I dont fucking understand howwwwww tenz is best player in the world howwww?
there are dozens of players who are mechanically much better than him
Yay cNed derke zeek

All the players I counted were brilliant players even when their teams were bad, so tenz's bad team is no excuse for him.

While I agree that those player are insanely gifted mechanically, at am absolute peak I still hold the opinion that Tenz is the most capable in the world mechanically. Those 4 are surely more consistent, but they also have a more freeflowing format of team (except for Derke's current roster) that takes the pressure off them. They get 3 kills and pop off, cool. Is the pressure there that our team needs that? No, there isn't. There is for Tenz though. I think if you give Tenz significantly better mental and team wise conditions he could perform as well as Derke, who I hold as a close second in the world cause man's is different. But just base mechanics, there are shots only pros can hit, some that only cracked pros can hit, some only those for can hit, and then there are shot only Tenz can hit. I disagree that there are dozens on strictly mechanically better players than him, however. I'd say, other than yay, at a mechanical standpoint nobody in NA is close to him in that aspect - not leaf, not cryo, not anyone (except yay).

As someone else in another reply said, Tenz is essentially the majority of their entry fragging power, and Tenz knows that and he has immense pressure from both his teammates and the fans to keep that role. And that would be fine, if the support was good. And as one of the other users said, Fnatic has nearly the same case with Derke, except Derke gets some of the best supports with the immense help of Boaster the big brain IGL. Tenz's support on the other hand is def worse than what Fnatic showcases.

sick so uncomfortable in his current role tbh and tbh shaz not that good, change igl would be good for them. sentinel really looking good when they played 2 duelist style like prv form, hope they find out that :((

-It’s no longer early 2021, TenZ is not the most mechanically gifted player in the world
-Removing SicK will only make this team worse than it already is, he’s been one of their better players
-Adding Sinatraa won’t happen anytime soon, why do people keep saying this
-Zander won’t join Sentinels since his buyout will surely be six-figures, which they can’t afford, shown by how unwilling they were to buyout Rawkus from FaZe

yea but it wont be fucking six figures

when did i say his buyout was 6 figures my guy

when did I say he won't have a buyout? the point of my original comment was to prove that his buyout won't be absurdly expensive.

-It's mid 2022 and Tenz is still the best mechanical player in the world, at the VERY least North America. He has not been in a proper position to perform at his peak, in comparison to the likes of other top tier mechanical players like Cned or Yay, as he is 40% of his teams fragging power and has the immense pressure to do so. If Tenz is feeling it, he's unstoppable and you can tell me anything different.
<sidenote> didn't include Derke with Cned and Yay, cause unlike those two, he's in a similar place with Tenz as 35% of his team's fragging power its just that Fnatic>Sentinals support. Derke is the only person I'd except as above Tenz at a purely mechanical standing

soon as i see sick an option, thats alrdy a brainded take. hes the most consistent player on that roster who can play all 3 roles maybe even sentinels if he want to

I said that Sick and Kanpeki are interchangeable realistically, I just felt going forward in the meta Kan would fit much better on the current trajectory. Outside of that, there is really no difference between keeping and tossing Sick or Kanpeki. I get his consistent, but there is another "plus" in dropping him in a development of a culture change I guess. But, if he can get better with Kay/o he's (as I said) already a T1 level player, so he'll still very well work.

idk bruh, he can frag on anything and i believe hes good on kay0 given that hes a ex-csgo player. if i would build around a team, i would choose sick. that man is so flexible and being a flex is important in this game coz meta always changes

disband all and import Europeans
problems?

LMAO drop sick you say? i honestly think that dropping tenz instead of sick is a better choice ( i dont think dropping either would be a good choice but for sake of the argument) sick is the most consistent, more flexible player. Guy can fill anything and still frag out of his mind.

omg an intelligent man has entered this website at last, 100% agree with proposed changes, unless you wanted to keep sick and have him play raze/sova like he has previously, but yes, these would actually be good changes